…and found themselves tilting at windmills. If you’ve seen Avengers: Endgame, you know that Thor can handle himself just fine.

I sat in the theater during the very first showing of Avengers:Endgame in my area and I had the time of my life. People were cheering and clapping and laughing in what turned out to be a fan-tastically interactive experience.

When we first see Thor, he’s grim and thoughtful. He clearly blames himself for the Decimation. And there is no doubt that Thanos’ taunt has already poisoned his heart. “You should’ve aimed for the head” That’s not just my opinion. Thor literally cuts off Thanos’ head when he and some of the other Avengers meet up with him in the Garden, his retirement planet. When they ask him what he’s done, he shrugs and says, “I went for the head.”

Of course, that doesn’t really undo the fact that half of the living universe is gone. Thanos destroyed the Infinity Stones just before the Avengers arrived.

So five awful years pass until a rat frees Scott Lang from the Quantum Realm, spurring a plan to recover the Infinity Stones from the past. They just need to assemble a team.

Thor is hanging out in New Asgard with the other Asgardian refugees. These guys have been through the ringer. First, Hela destroyed their planet, killing a lot if them. Then Thanos caught up with their ship and killed half of them by custom. Then the Decimation took half of what few remained. By this time, Thor is lost on depression and an alcoholic stupor. He spends his days drink in ng and playing video games while Valkyrie handles the affairs of their new seaside “kingdom.”

And Thor has… blossomed.

Plainly put, he’s fat. Rocket describes him as melted ice cream. Tony Stark makes a Big Lebowski reference. His mom (long story) tells him to eat a salad. This prompted a bunch of Non-Fat Knights to rally to Fat Thor’s defense! They claimed he was one long running fat joke and that the Avengers were fat shaming him. How horrible, right?

My very first thought when I read these articles from predominantly non-fat folk was, “What exactly are these people smoking?” Because as a fat guy who gets Santa Claus and Lebowski jokes and gets called “Big Guy” a lot, I thought it was funny.

In fact, I’ve rewatched Infinity War and Fat Thor makes that entire scene where the Guardians of the Galaxy and Thor first meet even funnier than it was before!

The following quote from Buzzfeed contributor Jenna Guillaume is typical of the criticism I’ve read (with the notable exception that at least she and I share a similar body type):

Sometimes, though, I don’t get the chance to prepare myself. Sometimes the fat joke blindsides me and leaves me breathless in ways I could never have anticipated. Like when one of my favorite celebrities dons a dehumanizing fat suit, turning one of my favorite characters into a walking, talking fat joke.

Fat Thor in Avengers: Endgame shocked me and absolutely broke my heart. But he’s just the latest, glaring example that while things may be improving for fat representation on the whole, there’s still a long way to go — especially when it comes to male characters.”

Did you know that research has shone that women seem to experience higher levels of weight stigmatization than men, even at lower levels of excess weight?

Anyway, I was writing a college paper at the time and it occurred to me to investigate whether this perception of fat-shaming where it concerned Fat Thor divided neatly upon gender lines, how prevalent the negative view of his body transformation was, and all that. I did research. I wrote the paper. It occurs to me now that I never shared it with anyone but my professor. In my defense, by the time I finished it, the issue was a non-issue.

Since they’re pushing another release of Endgame with additional footage in an attempt to push out Avatar for the top-earning film of all time, I thought I’d publish it publicly, data and all.

The surprising conclusion is that men and women both predominantly LOVE his new look. 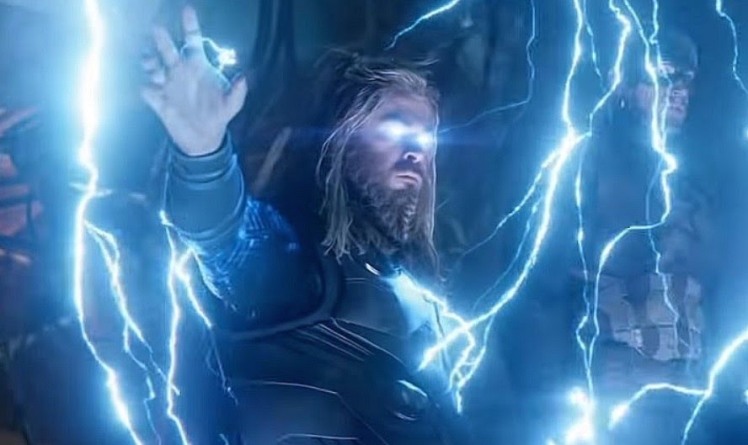 Maybe there’s some truth to the old fat guy adage, “More to love.” I dunno, but check out the PDF below if you want to know what people really thought about it. I’m just happy that I can cosplay a version of Thor with a Dad bod!

Until we reach The Last Door,